This is what you need to know about Andrea Salinas an American reality television star well known for being a cast in Little Women: Atlanta. Salinas joined the Lifetime series together with her identical twin sister Amanda Salinas. They are also referred to as the Tiny Twins. 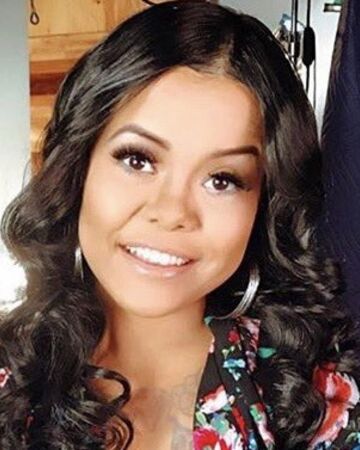 Andrea is in a relationship with Chris Fernandez for more than 7 years now. In 2018, they got engaged, but the engagement was called off after at least a couple of months.

Andrea and her husband to be Chris Fernandez have three children together: André, Aubrey, and Anaya. All three of their children have Achondroplasia Dwarfism.

Salina is a daughter to Janie Salinas (Mother) and Oscar Salinas (Father). She has a sister named Amanda Salinas Castillo, a brother named Oscar Salinas Jr., and a brother in law named Jordan Castillo. She also has a niece named Isla.

Andrea is a daughter to her parents Janie Salinas (Mother) and Oscar Salinas (Father).

Salinas has an approximated net worth of between $500K -$1 million U.S dollars. Her career as a television star is the primary source of her income.

Salinas and her sister have Achondroplasia dwarfism and they were club dancers before being cast on Little Women: Atlanta. They performed together as the “Tiny Twinz”, and became like legends within the little person performer community.

The twins moved to Atlanta for more opportunities to perform at clubs. In season 3 of Little Women: Atlanta, Andrea, and her sister decided to quit club dancing, and do things such as club promoting and hosting.

Andrea and her sister were guests on The Rickey Smiley Morning Show back in 2016, a syndicated radio show which was once co-hosted by their fellow Little Women: Atlanta cast member Shirlene “Ms. Juicy” King Pearson.

Andrea has appeared on the ‘Couple’s Retreat’ episodes of Little Women: LA, together with her boyfriend Chris Fernandez.

Andrea and Amanda also appeared on the TV One reality show called, “Rickey Smiley For Real”.