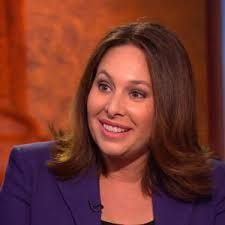 This is what you need to know about Nancy Cordes, an American television personality well known for being a CBS News chief and a White House correspondent, based in Washington, D.C. Nancy is a regular contributor to all CBS News programs and platforms.

Nancy is a daughter to her parents, Linda Weiner (mother), a pediatrician, and her father is not known. She was born in Los Angeles and raised in Hawaii on the islands of Kauai and Oahu.

Cordes married her husband Harald Cordes in 2006. Currently, the couple resides in Washington, DC with their daughter and son. Her second child was born on May 14, 2010).

From her successful carer as an anchor and correspondent, Nancy receives an annual salary of $750K.

Cordes has an estimated net worth of $2 million U.S dollars. Her career as an anchor/correspondent is the primary source of her income.

Cordes joined CBS News in 2007 and prior to that, she was working at ABC News as a correspondent based in New York a position she held for two years, from 2005 to 2007. At ABC News, she reported for all ABC News programs and covered many major news stories, including Hurricane Katrina, the war in Iraq, and the 2004 election.

Prior to that, Nancy was a Washington-based correspondent for NewsOne, the affiliate news service of ABC News for one year from 2003 to 2004. Before joining ABC News, Cordes was a reporter for WJLA-TV in Washington, D.C. a position she held for more than four years, from 1999 to 2003. She covered notable events like, the September 11 attack on the Pentagon, the 2000 Presidential race, the D.C.-area sniper attacks, and peacekeeping efforts in Bosnia.

Nancy made her television career debut as a reporter for KHNL-TV in Honolulu from 1995 to 1997.