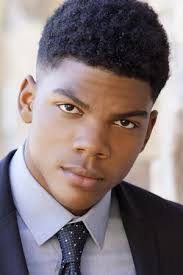 This is what you need to know about Spence Moore II, a well known American actor for his roles in A.P. Bio, Five Points, 13 Reasons Why. He is also known for his supporting role in All American.

Moore stands at a height of 5 feet 11 inches.

Born and raised in St. Louis, Missouri, Moore is the youngest of two children. He realized that he wanted to become an actor while preparing for his sixth-grade talent show. Moore later starred in several short films before moving on to more mainstream roles.

Moore is currently single. Previously, he was in a relationship with Ashley Nicole Williams.

Moore has an estimated net worth of $650K U.S dollars. His career as an actor is the primary source of his income.

Moore was cast in the Facebook Watch series Five Points in 2017, as part of the main cast together with Hayley Kiyoko and Madison Pettis. He stated that working with Kerry Washington on the series was “life-changing”. He also portrayed the cast of cast Dan Decker in A.P. Bio. Moore started appearing as a recurring character in the CW drama All American in 2018. In 2019, he was cast in the HBO miniseries, We Are Who We Are, which is set to premiere in September 2020.